I have already admitted to being a fan of Star Trek. And like every other Star Trek fan,  I was curious to see what J.J. Abrams will do to reboot the Star Trek franchise.

Well in a word he did GREAT!   Even if you never saw an episode of any of the many series or movies, you will enjoy this action-packed movie based on the 1960’s TV show. Like Batman and even the recent X-Men Origins: Wolverine movies, Star Trek is a prequel, going back to the childhood of the main characters James T. Kirk and the Vulcan, Spock.

The Birth of a Legend: James T. Kirk

The movie starts out with the birth of James Tiberius Kirk while his father’s (played by Chris Hemsworth) Federation starship is attacked by a renegade Romulan played by Eric Bana.

We also see a young Spock growing up on Vulcan and being bullied for being bi-racial (his mother is human). How these two come together and how the rest of the crew of the Starship Enterprise end up serving together involves time travel, warp drive, beaming, and other things only a real Trekkie could explain.

One of the most controversial things in Star Trek for die-hard Trekkies/Trekkers is the more emotional and passionate Spock. One movie blogger calls it the sexualization of  Spock. It is strange to see the usually cold and dispassionate Mr. Spock sharing kisses with Lt. Uhura in the Turbo-lift. I always knew there was something between those two. But it goes along with my childhood crush on Mr. Spock, so I am OK with it.

Watch all episodes of the original Star Trek on Paramount+. You can get 50% off your first year of the CBS All Access Annual Plan with code PARAMOUNTPLUS. On March 4, 2021, your subscription will automatically switch to Paramount+ *

*Affiliate Disclaimer: This post contains affiliate links. That means if you purchase these movies, TV shows, or services via these links I will receive a small commission. Hopefully, it will be enough to pay for my monthly streaming bill and maybe pay for some yummy binge-watching snacks. I only recommend or suggest movies,   products, and/or services that I use or think will you will like. This does not affect or influence my views and opinions on the articles I write about. 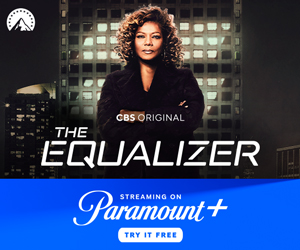